4 Steps To Creating A Facebook Remarketing Campaign That Makes Money

In one of our previous articles, we talked about the advertising strategy our team uses on Facebook to promote one of their experimental ecommerce stores. Today I would like to continue this discussion and talk about another important matter – it’s Facebook remarketing.

Remarketing, or retargeting, is a marketing strategy based on advertising goods or services to an audience who has already interacted with the business. In other words, instead of targeting complete strangers who haven’t heard about the brand, businesses advertise products to the audience they targeted previously.

For example, if you create a video ad and show it to random Facebook users – that’s a standard ad campaign. But if you make another ad and show it to those who watched the previous video till the end (but didn’t buy anything), that’s a retargeting ad (or a remarketing ad).

What are the benefits of remarketing?

Let’s suppose you have launched an ecommerce business and recently joined Sellvia to benefit from our fast US shipping. You’ve got the website and the products, so now you want to focus on attracting customers. Shouldn’t you target broad audiences? After all, showing your ads to as many people as possible seems like a wise decision.

It would be – if advertising was free! But since you pay for each ad set, it would be wiser to think about how to make your efforts more efficient. And when it comes to efficiency, remarketing is a good choice!

Have you ever heard of cold and warm audiences?

In other words, you target people who are more willing to buy. As a result, remarketing campaigns show better conversion rates compared to standard advertising.

But don’t neglect the importance of standard campaigns! After all, retargeting always comes after targeting cold audiences with standard ads.

Now that you know the basics, let’s talk about when and how you should create and run a Facebook retargeting campaign. The following strategy is used by our team that runs a dropshipping store that makes over $370,000 a month.

To launch a remarketing campaign on Facebook, you need a warm audience. These people have already interacted with your content, and that’s just what we need.

If you have read the previous article on how to make money with Facebook ads, you know that the work begins with launching a Page Post Engagement campaign. Then we create conversion campaigns and so on.

As a rule, by the 7th day after you launch the PPE campaign, you should get enough users who have interacted with your content. It doesn’t matter which campaign ‘collected’ these users – you take all the data from all your campaigns.

The second audience consists of users who visited the product page you advertise. Let’s call them website visitors.

And this fact causes problems when you launch a remarketing campaign. Let me explain.

In our case, we have two audiences. The second one consists of users who visited our website. And there’s nothing wrong with it.

But as soon as we want to target the first audience as well (video viewers), we find ourselves in a peculiar situation. People who came to our website have already seen our video ads. So our first target audience includes our second target audience.

That’s why it’s important to exclude it from the list of video viewers. Otherwise, we’re going to advertise to one and the same audience twice. We don’t want it because it irritates people and will cost us more than necessary.

Therefore, at this phase, you need to make exclusions.

For video viewers, exclude the people who visited the product page on your website and users who have already made a purchase. In theory, you don’t need to exclude buyers from here since buyers will be excluded along with the video viewers. However, sometimes Facebook doesn’t mark buyers as website visitors, which is why we recommend doing it manually.

As for website visitors, exclude only buyers from this audience.

Now that you have the target audience ready, it’s time to launch a retargeting campaign. First of all, you are going to need advertising materials.

We recommend that you create one ad set for each of the two target audiences. As for the budget of your remarketing campaign, the team sets it to 10-20% of the overall advertising budget. So, if you spend $1,000 on standard Facebook advertising, set the retargeting budget to $100-200.

As for splitting the budget between the two ad sets, use Facebook’s Campaign Budget Optimization. The social media’s algorithm will split the money based on how the ads perform. If you prefer doing it manually, set the initial budget to $10-15 per ad set.

After launching the campaign, one should keep an eye on its performance. First of all, you want the Frequency parameter to be at 2.5-5 (as long as the ad brings sales). This metric shows how often a user sees your remarketing ad.

If an ad performs well, our team raises its budget by 50%. If it’s still doing well, raise the budget again (by 50% of your new budget) until you reach the efficiency limit.

Whenever an ad’s performance drops, cut the budget by 33% of its current value. If it doesn’t help, cut the budget again until there’s nothing cut. In this case, simply turn off the ad and try something new.

Don’t change the ad sets’ budget more often than every two days. Whenever you do it, Facebook needs some time to adjust, so raising and cutting the budget too often will simply show no results.

Keep your Facebook remarketing campaigns running all the time. It’s Ok to experiment with new ad creatives and budgets, but as long as your ad campaigns keep attracting a warm audience, your retargeting campaign should never stop.

Facebook remarketing campaigns can be very profitable for any ecommerce business. Reminding potential customers of your offer lets you turn slightly interested users into actual buyers. But of course, to succeed here, one needs a brilliant selection of products – this is what you can find in the Sellvia’s catalog. By joining Sellvia, you can also benefit from fast US shipping and prices that let you compete even with large online retailers!

Get selling tips and dropshipping inspiration right in your inbox!
Sign up today not to miss out a single post:
Most popular articles
Guide On How To Register A Business In The USA
What Is The Easiest Business Anyone Can Start Today With No Skills & Money Required And Succeed With?
Oberlo Is Shutting Down. Now What? Are There Any Alternatives To Save Or Even Upgrade Your Business?
Don't You Know How To Drive Traffic To Your Online Store? Check 6 Pro Tips From Sellvia!
What You Should Know About The Ecommerce Sales Tax In The USA 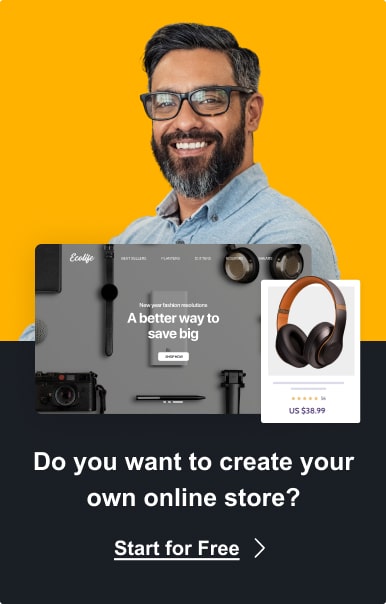